CJ’s BeetElite Story: Finding My Fitness, One PR at a Time

CJ has been a long-time HumanN Ambassador in the running community, but he didn’t always have a love of running. His story of how running turned from an afterthought in high-school to a life-changing passion today is truly inspirational.

I remember the day well.

It was mid-October 2006 when my wife Shelley talked me into running a local 5k race not far from the apartments we were living in at the time. “Come on…it’s for a good cause”, she said. “Aren’t they all?” I responded as I rolled my eyes.

I was horribly out of shape and gaining more weight each year. Even though I was playing some pick-up basketball games a couple times a week at our local YMCA, I wasn’t really doing enough to hold back the weight gain.

(CJ at his heaviest weight of 207 pounds)

The gun went off and within the first quarter mile, my breathing became labored. Less than a mile into the race, I was passed by a 70 year-old man with a knee brace and very noticeable limp in his stride. There was nothing I could do but watch him pull away into the distance. “I can’t believe I was talked into this torture!” I mumbled to myself.

A little over 28 minutes later, I crossed the finish line and immediately crumpled onto the cold asphalt parking lot. I had that searing pain in my lungs and felt like I could die. “Never again”, I told my wife. That just wasn’t my idea of a good time.

The last race I ran was the 1988 Oregon State High School XC meet in Eugene, Oregon as a sophomore. Basketball was my sport of choice but I thought running XC would help get me in shape for the basketball season.

I remember the grief a few of us on the team caused Coach Blomberg during those two years of cross-country. He’d tell us to head out and run the dirt road along the South Umpqua River. Upon reaching the river which was maybe a mile into the run, we’d jump into the river for a swim before casually returning an hour later. Sometimes he would send us on a different route that included more hilly terrain. On that route, we would venture off course and hike the foothills before returning to the high school.

Coach eventually caught onto these shenanigans and bought a moped to follow along behind us. Ugh! That meant we actually had to run the whole distance he prescribed. I hated every step. My heart was on the basketball court.

So after running that last race of my sophomore year (placing 65th out of 150), I determined to give up this silly sport and solely focus on the round ball.

A Change of Heart

Nearly 20 years later, I found myself perusing the books at a Barnes & Noble when I picked up a book titled Ultramarathon Man: Confessions of an All Night Runner by Dean Karnazes. For some odd reason, I began reading the book and couldn’t put it down. It began to awaken a sense of adventure in me that had been missing. I’ve always loved the outdoors but I hadn’t added running to the equation.

I knew I needed a change in order to lose some weight and also to improve my overall health.And so I began running again but this time around I actually enjoyed it!

Don’t get me wrong, I struggled with all kinds of aches and pains during that first year back. I also rushed into longer races way too soon and learned the hard way. It took one road marathon, two trail marathons and two 50k trail races in the span of 7 months to finally break me and get my attention. I decided I needed to back off and learn how to train smarter.

Since then, I’ve mainly focused on races that are 15 miles and shorter. It’s not that I’m against marathons and ultras, but I’ve found that I enjoy racing more often and shorter races allow me to recover more quickly. I still intend to train for another marathon in the near future to find out what I’m truly capable of. Who knows, maybe I’ll even bite off an ultra…time will tell.

It’s now been nearly 9 years since taking up running again and I continue to set new personal bests each year. I’ve dropped over 50 pounds along the way and now enjoy helping others reach their potential.

Oddly enough, I have actually come to enjoy running uphill. One of my proudest running achievements was finishing 11th at the 2016 Mt. Washington Road race in New Hampshire at the age of 43. The 7.6 mile course boasts 4,650 feet of climbing which is an average of almost 12% grade. It’s a lung-buster that I never would have imagined running. 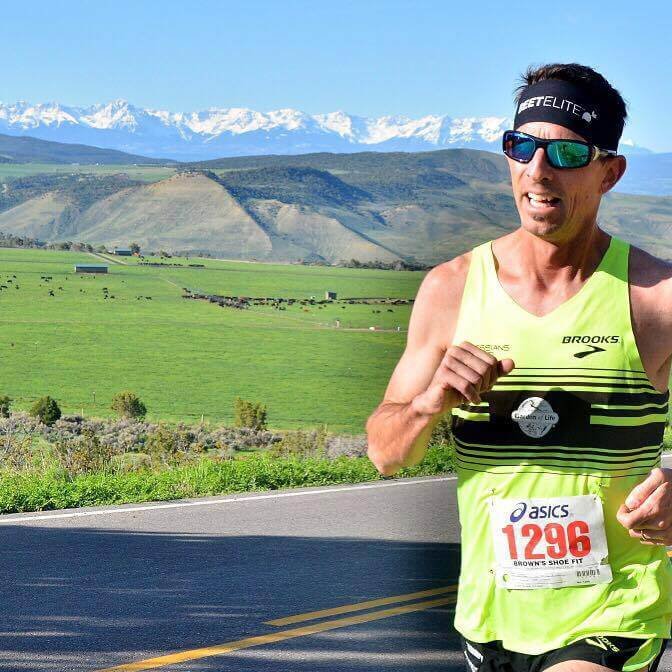 I’ve come a long way since that chilly October day in 2006 when I vowed never to participate in this kind of torture again. I’m excited to continue this running journey for years to come and inspire others to do the same.

I’m also thankful for the continued support of BeetElite which gives me a huge nutritional boost!

One of CJ’s favorite workouts when training for an uphill only race is actually on the treadmill in order to eliminate the downhill pounding. Here’s the workout…

CJ Hitz is a BeetElite ambassador residing in Colorado Springs, CO. He also coaches runners of all levels both locally and online through his website www.TrainWellRaceWell.com

CJ Hitz is the author of numerous books including Smoothies For Runners and Starting Off On the Right Foot: A Beginner'sGuide to Running Well. He's a USATF Level 1 Certified running coach who helps runners of all levels squeeze out their full potential at any distance. To find out more, visit TrainWellRaceWell.com. He is also a competitive masters runner in road, trail and mountain races around the country who enjoys experimenting with his own body in order to help the runners he coaches. CJ and his wife Shelley reside in Colorado Springs, Colorado where they are spoiled beyond measure with mountains, sunshine and trails.