What is traditionally known as a vitamin K deficiency is an uncommon, but very serious condition. A deficiency in the lesser known vitamin K2 is serious in its own way, but much more common.

Known by several other names, vitamin K refers to a group of organic compounds which aids in bone and heart health. Vitamin K1 is necessary for beneficial blood clotting.

Though rare in adults, research confirms vitamin K1 deficiency more often crops up in infants. For infants, even when breastfed on vitamin K-rich milk, the liver may fail to properly utilize vitamin K1.

Even more disturbing, a 2007 study found that most people are “subclinically vitamin-K deficient” in K2.

As these deficiencies are strikingly different but both harmful to health, it’s important to understand the causes, symptoms, and possible treatments for a vitamin K deficiency.

What is Vitamin K?

Vitamin K refers to a group of fat-soluble vitamins. Along with vitamin A, D, and E, this simply means vitamin K is best absorbed into the body in the presence of fat.

In fact, research shows the inability to absorb fats (called “fat malabsorption”) is a primary cause for vitamin K1 deficiency. As an example, in several experiments, spinach (a leafy green rich in vitamin K) and butter (rich in fat) are consumed to introduce vitamin K into the body.

Vitamin K is actually a group of vitamins with similar chemical structures. The two found naturally in the body, K1 and K2, are the most vital to understand. There are two main types of vitamin K.

But there are differences between the two primary types of vitamin K.

Though accidentally discovered in 1929, it wasn’t until years later that researchers identified what exactly vitamin K was. The discoverers earned the Nobel Prize in 1943.

Because of its universally accepted role in producing blood clotting proteins (also known as coagulation factors), the scientific community named this compound “the coagulation vitamin.”

These doctors were German. In the German language, this name becomes “Koagulations” vitamin. Thus, the worldwide scientific community came to call it “vitamin K.”

Its scary names include phylloquinone and phytomenadione. But vitamin K1 can be found in common places spinach, kale, and other leafy greens. Up to 90% of our dietary vitamin K intake is vitamin K1.

Vitamin K1 is very poorly absorbed into the human body.

One study showed that around 6 percent of vitamin K1 in spinach actually absorbed into the body — compared with how much was absorbed from a drug form of vitamin K2.

Also known as menaquinone or menatetrenone, vitamin K2 is produced naturally in your gastrointestinal tract in small amounts by healthy bacteria. It can also be found in animal products and fermented foods.

But in 1975, a Harvard research team discovered vitamin K2 has a vastly different purpose in the body than K1. Osteocalcin, a protein that directs calcium from the bloodstream into teeth and bones, is dependent on vitamin K2 for activation.

There are some similarities, though. Some research suggests that vitamin K2 is more effective at activating blood clotting proteins than vitamin K1.

More recent studies suggest vitamin K2 may be an effective treatment for osteoporosis, along with vitamin D and calcium, especially in obese patients.

It’s probable that this is due, at least in part, to K2’s function as a “crossing guard” for calcium between the bloodstream and bones. This function may even be the reason for the “calcium paradox,” in which clinicians noticed people who took calcium to reduce their risk of osteoporosis also developed a higher rate of heart disease — caused by a buildup of calcium in arteries.

Though more research is needed to clarify the relationships between K2 and overall health, scientists have observed vitamin K2’s ability to curb diabetes or even cancer.

Remember the 2007 study mentioned at the beginning? While vitamin K1 deficiency (which we’ll discuss in a moment) is a medical emergency, vitamin K2 deficiency is much more subtle — and common. It’s also not surprising that so many people would be deficient, for two reasons:

Vitamin K2 is broken up into nine subtypes, written as “MK-” then a number. Each subtype is defined by how long their molecular chain length is.

MK-4 is the most common subtype because it is synthesized from vitamin K1. But MK-7, MK-8, and MK-9 are also recognized at nutritionally valuable. MK-4 and MK-7 can both be found in dietary supplement form.

Using a similar chemical structure, scientists synthesized three new vitamin K molecules, which are not found in nature. The term “vitamin” should only refer to naturally occurring chemicals, but chemistry prefers this shorthand.

Vitamin K3, also called menadione, is utilized in the pet food industry. Outside the US, vitamin K3 is used as a pharmaceutical. However, it may have some unsavory side effects and so is no longer used in the US to treat vitamin K deficiency.

And vitamin K5 is used to inhibit fungal and bacterial growth.

Here are some risk factors that contribute to vitamin K deficiency.

About one percent of all newborn babies experience a vitamin K deficiency. In infants, there are several potential causes to consider:

Alternatively, adults are also at risk of a vitamin K deficiency due to these risk factors:

Some people must deal with a condition called fat malabsorption. This simply means the intestines have a hard time absorbing fats, proteins, vitamins, and minerals.

There are several possible causes to fat malabsorption syndromes:

Vitamin K1’s main function is blood clotting, though it also contributes to bone and heart health. If any of the following symptoms crop up, consider whether or not you could have a vitamin K deficiency:

VKDB stands for Vitamin K Deficiency Bleeding. Studies confirm VKDB can occur right after birth, and up to two months later. This is a dire condition which can be identified in several different places: 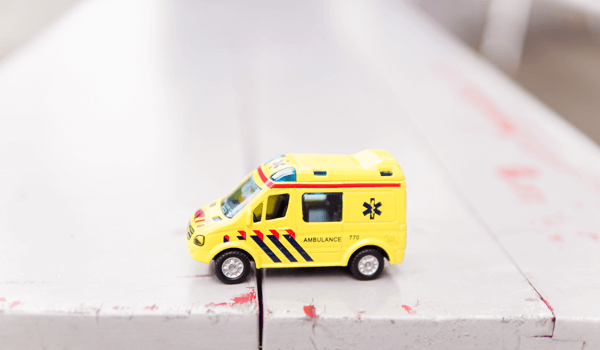 How to Diagnose Vitamin K Deficiency

If you or an infant are exhibiting symptoms of a vitamin deficiency, it is important you have a doctor diagnose the condition.

Tell your healthcare provider about the symptoms you have experienced, or the causes of vitamin K deficiency that apply to you or the infant. For instance, let your doctor know if you are on blood thinners, or have celiac disease.

Most likely, the doctor will administer a coagulation test, such as the prothrombin time (PT) test. The PT test measures how long a blood sample takes to clot. This, in turn, tells the doctor your vitamin K status.

When a healthcare professional examines the blood sample you provided, they will add a special chemical. The blood should take about 12 seconds to clot. If it takes longer, the doctor will treat you for vitamin K deficiency.

In almost all cases, vitamin K deficiency is treatable. As long as the excessive bleeding hasn’t spread to the brain, treatment is relatively harmless.

If you require treatment for a vitamin K deficiency, you may be prescribed high doses of pharmaceutical vitamin K1.

Taking the medication orally is common. But it might also be preferable or necessary for a healthcare professional to administer an injection of vitamin K1 under the skin.

For newborn infants, the American Academy of Pediatrics (AAP), a dosage of one to two milligrams of vitamin K1 injection is recommended in the first days of life. This preventative measure is also called vitamin K prophylaxis.

If the mother has been taking anticoagulants (or possibly even anti-seizure drugs) while pregnant or while breastfeeding, the vitamin K shot may be a slightly higher dose.

If your healthcare provider deems it necessary, they may administer vitamin K injections multiple times a week, until the vitamin K levels normalize.

A typical dosage for an adult ranges anywhere from 1-25 milligrams. However, if you are taking an anticoagulant medication, the dosage will be between 1-10 milligrams, to avoid complications with the body’s vitamin K2 production.

Firstly, make sure you are supplementing deficient vitamins and minerals. Calcium, iron, and magnesium are among the nutrients most commonly deficient in patients dealing with fat malabsorption.

Secondly, medium-chain triglycerides (MCTs) can be used as substitutes for the usual dietary long-chain fats. Fat malabsorption does not affect MCTs, even though MCTs contain fatty acids in their chemical makeup.

Common sources of MCTs are coconut oil, palm kernel oil (not palm oil), and MCT oil supplements. Because of their fat substituting status, MCTs have also been linked with weight loss. 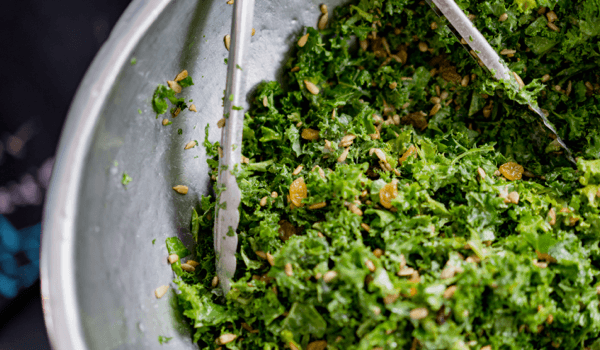 How to Prevent Vitamin K Deficiency

Vitamin K is an essential micronutrient. It is imperative that we consume enough vitamin K in our daily diet to prevent vitamin K deficiency. And if necessary, vitamin K supplementation is an option as well.

Some vitamin K1-rich foods you can add to your diet:

There are foods — some more common in Eastern diets — that are rich in vitamin K2:

Unlike some vitamins and nutrients, cooking these foods does not remove much of the vitamin K. In fact, research shows that some foods increase their effective vitamin K levels after cooking — including after microwaving!

Beyond dietary intake, Vitamin K1 and K2 can both be supplemented. Unlike other fat-soluble vitamins, there’s no known upper limit of vitamin K known to result in an overdose.

If you are a male adult or pregnant female, 120 micrograms of vitamin K1 is the ideal daily intake.

If you are a female adult, 90 micrograms of vitamin K1 is the ideal daily intake.

These numbers come from the overall recommended dosage: one microgram per kilogram of body weight. (Two pounds is almost a kilogram.) This recommendation refers to dietary and supplemental intake.

Always consult healthcare professionals before you begin a dietary supplement. You want to make sure it will not react badly with other medications or conditions.