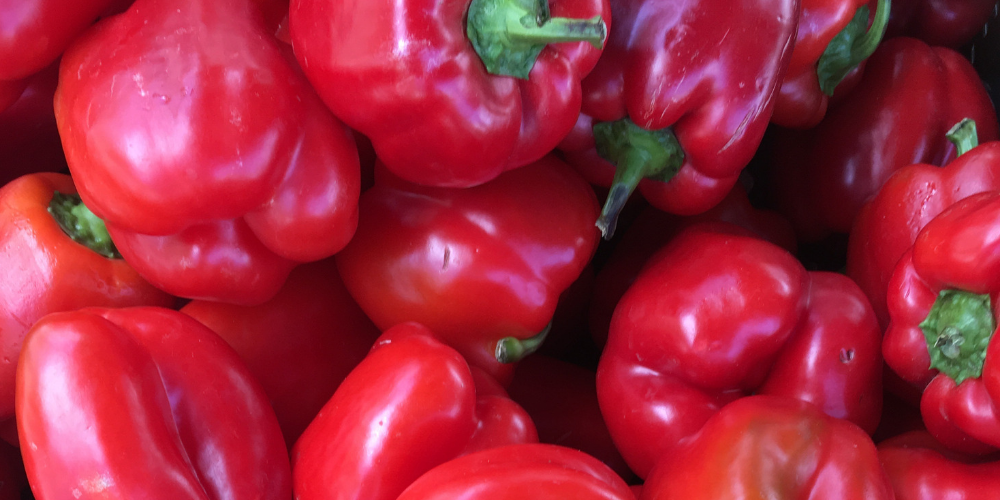 Colder temperatures are slowly creeping in. It’s getting close to the time when, if you’re sitting at home, you’re wrapped up in a blanket.

And with the changing of seasons comes the time when you should change your daily routine to help support a healthy lifestyle. While you’re at it, add these expert-approved 5 immune boosting foods to your grocery list.

1. The vegetable with more than 2x the vitamin C of oranges

Here are some of the top vitamin C foods and their content:

In the interest of making it fair, all the numbers are based on one cup. A medium orange, however, only provides about a half cup (a little less than 42 mg of vitamin C). That means it’s even less than it appears.

But nothing changes the fact that red bell peppers remain your best source of vitamin C. Eat them raw to get the most out of them. If you are going to cook them, lightly steaming bell peppers will retain the most vitamin C.

2. The spice in your cabinet (not what you think)

The artificial scent of this spice pervades entire stores during the fall and winter months. But it’s the real version that you should make sure you have plenty of in your cabinet because it can support your immune system.

Of course, that spice is cinnamon and it’s in a favorite Thanksgiving dessert and so many other fall dishes.

Now, that doesn’t mean you should hoard the pumpkin pie so none of your family gets any.

Instead pair it with just about any fall squash or blissfully sip on a fall fruit inspired smoothie. Or stick with the match made in heaven: apples and cinnamon.

Here’s why you’ll want to add it to most everything.

Cinnamon has higher antioxidant activity than most spices—including ginger and garlic (commonly found on top lists of immune-boosting foods). Not only that, it can help support a normal inflammatory response and has a host of other science-backed benefits.

Plus, it’s a warming spice. It won’t heat your body like a hot pepper will, but it can help upgrade your bowl of chili in a way you never thought possible.

Your grandma set a steaming bowl of chicken noodle soup in front of your mom and your mom did the same for you. It’s been passed down through the ages that it’s the best. So now you grab a bowl for yourself.

Your family knew what science had to later prove.

But how does it work?

Steam and heat can help clear your nasal passages. You could duplicate this with a hot bath or shower, but why would you when you’ve got a perfectly good bowl of soup?

Carrots, celery, and onion are the standard vegetables. They contain antioxidants and minerals that are key to a healthy immune system.

You’ve heard it a thousand times: you need to drink more water. The broth provides much needed liquid as well as salt. If you use bone broth, you get bonus points for gelatin, sulfur, and key amino acids.

Plus, it’s the ultimate comfort food and life just feels better with a hearty bowl of soup in front of you on a cold day.

4. Put the kombucha down. Drink your kefir.

If you haven’t heard of kefir before, now is your chance to get to know it. Similar to kombucha, it’s a probiotic-rich beverage. There’s no shortage of studies involving probiotics and their ability to support your immune system.1, 2, 3, 4

But that’s about where the similarities end.

Rather than a large, pinkish, rubbery disc that floats on top of your tea, kefir utilizes grains that look like small cauliflower florets. Procuring grains is relatively easy. You simply order them online or pay a visit to a friend already making kefir. The fresher the grains, the better.

Once added to milk, the grains break down the sugar of milk (lactose). The resulting taste is something like a lightly carbonated yogurt you can drink. It’s also been compared to a thick, tangy Italian soda.

While kombucha takes weeks to ferment, kefir takes 24 hours (depending on the temperature).

Depending on the grains you have, your kefir can contain more than 20 strains of bacteria!  Kombucha often has less than 10.

You also get the bonus of beneficial yeast.

Plus, the process to make kefir is pretty foolproof. You just add your grains to some milk, leave it out for about a day, strain it, and drink it. If you’d rather leave it to professionals, you may be able to find kefir near the yogurt.

5. Expand your immune-supporting arsenal with fennel

Fennel is a vastly underutilized vegetable with a flavor that’s similar to licorice or anise. It’s terrific when paired with salmon, but also when roasted.

Plus, it’s a welcome vacation from all the usual immune-supporting foods.

Fennel contains a high amount of selenium—an antioxidant that impacts key immune cells. Please note: this is different than fennel seeds. Fennel seeds don’t have the same nutrient content as the bulb.

In the grocery store, its home is usually near the celery. It has a white, bulbous bottom and thin stalks with feathery leaves. You can eat any and all of this vegetable.

Since it’s likely you’ve never bought it before, here’s how to tell if fennel is ripe.

If you haven’t updated your grocery list yet, now is the time. The good news is you probably already have a two of these in your house:

If you’re feeling up to it, you can certainly make chicken noodle from scratch. But remember, canned soup does just about as well. So keep a few cans in your pantry.

These other three might merit a trip to the store: 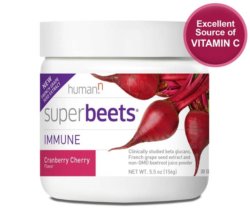 The next time you go to the grocery store, we want you to rethink your list. Just because it’s fall, that doesn’t mean you should focus only on those pumpkin spice and apple cider flavored… Read more

If you’re between ages 35 and 64, the American Heart Association wants you to pay attention to how long you stay sedentary. And with the fall season in full swing, the temptation to curl up… Read more

Science says diet can help those dealing with inflammation

When was the last time you thought about how nutrition and inflammation are linked? The food choices you make today can have a material impact on inflammation in your body. Yet, we often don’t think… Read more