Is Theacrine Better Than Caffeine For Energy and Focus?

What’s your go-to remedy when you need to optimize your energy and concentration?

A delicious cup of aromatic coffee?

While caffeine might give you a much-needed pep of energy or help you focus when your brain is tired, the side effects of your expresso habit can be unpleasant.

You may find yourself suffering from headaches, feeling jittery, have trouble sleeping or even experience a rise in blood pressure or anxiety. And you may find as your body gets used to the caffeine, you need more and more in order to feel the benefits.

What if I told you there is another natural product that you can take either on its own or with a reduced dose of caffeine that has similar benefits without the side effects?

Theacrine (1,3,7,9-tetramethyluric acid), sometimes consumed as the dietary supplement TeaCrine or the Chinese tea, Kucha, is a purine alkaloid – a chemical that occurs naturally in plants. It works in a similar way to caffeine and has similar benefits but without the negative side effects.

In this article, I’ll discuss the claims about theacrine benefits for your energy, concentration, and mood. I’ll also discuss the use of theacrine as an anti-inflammatory and outline what effect it has on cholesterol.

We’ll also examine the theacrine vs caffeine debate, highlighting not only how they are similar, but also the important differences. Finally, we’ll discuss theacrine dosage recommendations and outline the best ways to include theacrine in your diet.

Looking for the benefits of caffeine without the side-effects? Read on to find out if theacrine is the remedy you’re looking for. 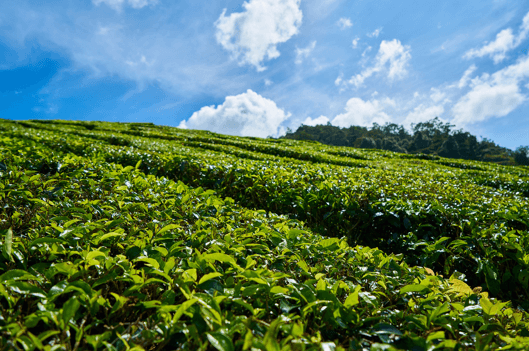 Theacrine is a special purine alkaloid which means it is a chemical that occurs naturally in plants like caffeine or nicotine.

Theacrine is found in tea, coffee, and the seeds of plants such as herrania, theocrama, and the tea plant camellia assamica var.

It is also found in the Kucha plant which is consumed as the leaves of a Chinese tea, Kucha, a drink used in Chinese medicine for long life and to prevent colds.

Theacrine works in the body in a similar way to caffeine by activating the same neural pathways. As you will see, though, there are also important differences to caffeine.

What are the Benefits of Theacrine?

The results of animal studies have suggested that concentrated doses of theacrine activate dopamine receptors that are responsible for wakefulness and motivation. (1)

Scientists think theacrine causes a rise in dopamine levels by stopping it from being reabsorbed by the body thus increasing energy, mood, and mental focus.

Theacrine may also help combat fatigue, help you feel alert, and aid concentration and coordination by blocking adenosine, a neurotransmitter that promotes sleep.

The results of the animal studies are supported by studies involving healthy humans.

In a 2015 study, 20 young men and women were divided into three groups and given either theacrine supplements plus caffeine, caffeine only or placebo three times over the course of three weeks. Each time they were subjected to a number of assessments including tests for energy, mood, cognitive function, heart rate, and blood pressure.

The participants in the caffeine plus theacrine group showed the best scores for attentiveness, alertness, focus, and energy; their scores for lethargy and grogginess were the lowest.  Heart rate and blood pressure were not affected. Theacrine does not appear to impact cognitive performance. (2)

The results of this study were supported in another carried out in 2017 which showed improvements in energy, fatigue, and concentration after a single 200 mg dose of theacrine.

For these reasons, theacrine is gaining recognition as a supplement that can potentially optimize both mental and physical activity. It is widely available as a pre-workout supplement to improve athletic performance and may also boost mental performance through increased concentration and stamina.

How does Theacrine Affect Your Mood?

Scientists think theacrine boosts mood and may potentially help with symptoms of depression by acting on the neurotransmitters serotonin and norepinephrine. (3)

In the trial mentioned above, theacrine supplements with caffeine increased energy and mood and decreased lethargy and grogginess when compared with caffeine alone or placebo. (4)

The results of a 2012 study into the effect of theacrine on locomotor activation, suggested a high dosage of theacrine activates dopamine receptors responsible for mood, increasing activity in areas of the brain associated with pleasure and reward.  (5)

While theacrine resembles caffeine in lots of ways, two key benefits that theacrine may have that caffeine doesn’t are its potential use as an anti-inflammatory and analgesic (pain reliever).

The results of another animal study suggested that theacrine may be used to protect against liver damage caused by restraint stress. (7)

Human studies into the anti-inflammatory and analgesic properties of theacrine are needed.

How Does Theacrine Affect Cholesterol?

Polyphenols in tea are thought to absorb dietary cholesterol and may decrease blood cholesterol. As theacrine is a tea extract, it’s possible it may do the same.

In a human study of 60 people who were given 300 mg theacrine, 200 mg theacrine or a placebo, the participants in the theacrine groups were shown to have reduced levels of both LDL and total cholesterol. (8) 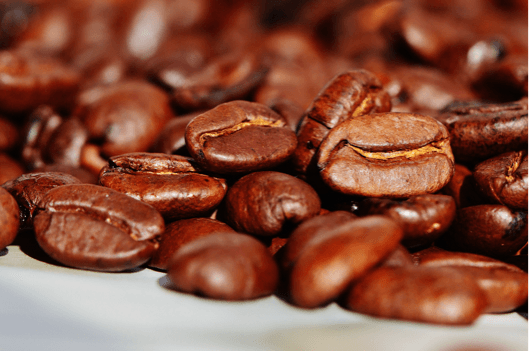 In many ways, theacrine is similar to caffeine. In fact, some scientists have suggested that plants such as the Kucha plant may use caffeine to make theacrine. (9)

Caffeine and theacrine are both purine alkaloids and their chemical structure is very similar. They work in a similar way in the human brain, activating similar signaling pathways. High doses of both theacrine and caffeine stimulate the Central Nervous System (CNS), while low dosages decrease CNS activity.

Some of the benefits of caffeine and theacrine are also very similar such as improved concentration, energy, and motivation.

However, we have already seen that there are significant differences in caffeine and theacrine, such as the potential anti-inflammatory effects of theacrine.

There are also differences in the side-effects these two natural chemicals produce. Unlike caffeine, theacrine appears to have no adverse effects on blood pressure or anxiety levels. (10)

Studies also suggest that theacrine does not affect sleep quality, whereas caffeine is a major cause of insomnia for many people. (11) The results of an animal study suggested that theacrine has both sedative and hypnotic properties. (12)

Another negative side effect of caffeine is that is often causes an energy crash effect after a couple of hours.

If you experience a crash leading to increased fatigue you may start consuming more or stronger caffeinated drinks to feel the same effect, which can cause your body to become tolerant. In other words, you need an increasing amount of coffee or cans of Coke in order to feel the same benefits from the caffeine.

As well as increasing the chance you may suffer from adverse health effects such as high blood pressure, insomnia, and anxiety, you may also be putting yourself at risk of withdrawal symptoms if you ever stop consuming caffeine.

In contrast, animal studies suggest theacrine doesn’t lead to crash and is non-habituating. In a study involving 60 people who were given doses of up to 300 mg theacrine a day for 8 weeks, no habituating effects were noted. (13)

But don’t worry, if you love your morning coffee there’s no need to get rid of it altogether.

Studies suggest that it’s better to use theacrine in combination with caffeine as caffeine increases the bioavailability of theacrine. In other words, it makes it easier for your body to absorb and use it. Theacrine also appears to increase the benefits of caffeine.

Taking theacrine with your caffeine may have the advantage that you can reduce your intake of caffeine to get similar benefits. Lower doses of caffeine are less likely to result in negative side effects such as insomnia, hypertension, and anxiety. (14)

In 2017 a study reported in International Society Sports Nutrition, soccer players who were given theacrine plus caffeine supplements showed an improvement in reaction times and the ability to focus under fatigue for a longer period. (15)

What is the Recommended Theacrine Dosage?

Scientists say that theacrine has a biphasic dose response which means it acts as a sedative at lower dosages, but, in contrast, a higher dose has stimulatory properties. This is probably due to the involvement of adenosine. (16)

For example, the results of animal studies have suggested that when theacrine binds to adenosine receptors, high dosages block the receptors stopping drowsiness caused by adenosine in the same way that caffeine does. (17)

On the other hand, a low dosage of theacrine may enable adenosine levels to rise causing drowsiness. In addition, if you take a combination of caffeine and theacrine, the sedative properties of theacrine may reduce the stimulation caused by the caffeine helping prevent side effects such as jitters or insomnia. (18)

How Can I Include Theacrine in my Diet?

Theacrine is most commonly taken as a tea or supplement.

Chinese Kucha tea is one way to consume a low dosage of theacrine but you may find it difficult to swallow (literally) as the taste is quite bitter.

It is also available as a supplement usually in the form of theacrine powder. TeaCrine is one example of a theacrine supplement produced by Compound Solutions Inc. Theacrine is often found in pre-workout and fat burner supplements.

What are the Side Effects of Taking Theacrine?

You are unlikely to suffer with negative side-effects when taking theacrine. It’s rare but possible you may experience similar side-effects to any stimulant such nervousness, anxiety, jitters – but this is unlikely, especially if taken at a low dosage.

In a 2016 study, 60 people were given 200 mg theacrine, 300 mg theacrine or placebo daily for 8 weeks and tested for a range of safety indicators such as heart rate, blood pressure, lipid profiles, hematologic blood counts, and biomarkers for liver, kidney and immune function.

None of the participants showed any adverse effects, even at the higher dosage of theacrine. In addition, none of them showed signs that they needed to increase their intake in order to achieve the same benefits for energy, motivation, and concentration. (19)

As there have not been any trials into the use of theacrine while pregnant or breastfeeding, it’s best to avoid.

If you have an existing health condition or regularly take prescription medicines, it’s always wise to check with a health care professional before starting any program of supplementation.

Also, with all supplements, it’s best to start with low dose and build up. 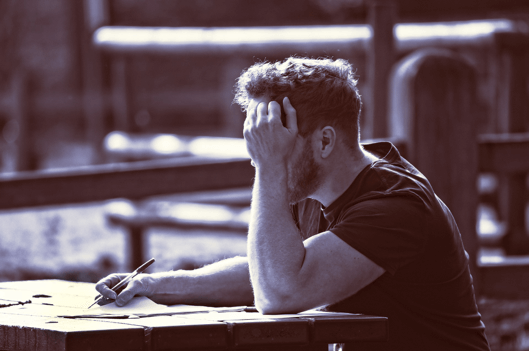 Is Theacrine Better Than Caffeine For Energy And Focus?

While theacrine and caffeine work in a similar way and have similar benefits for energy, concentration, and mood, there are also important differences.

People who drink coffee regularly are well aware of the side effects of caffeine – insomnia, jitters, headaches, anxiety and high blood pressure.  In contrast, there are very few side effects associated with theacrine.

Plus, you’re unlikely to build up a tolerance to theacrine, whereas you may need more and more caffeine to achieve the same benefits as your body gets used to it.

In addition, theacrine doesn’t cause an energy crash and there are no withdrawal symptoms, unlike the crushing headache you might get if you stop drinking coffee.

Studies suggest that you’ll get the most benefit from theacrine if you consume it in combination with a reduced dose of caffeine.

Need an energy boost? Theacrine might be the answer!

Exciting news out of HumanN today as news of our newest product, SuperGrapes Chews , hit the newswire . Keep reading to check out our latest press release. Read more

February is American Heart Health Month. It is a month dedicated to raising awareness across the country about cardiovascular health and things you can do take care of your heart. Read more