On Training, Roofing and Breaking a Few Treadmills

Matt, to the
Power of N

He has been a part of the HumanN team since 2014 and is a father or four, a six-time world mountain record holder, and runs his own roofing business in Alaska. Hear what inspires the man who people call “The Bear” to live his full potential.

I believe in consistent consistency. You just
have to keep doing it and you'll keep improving.
— Matt N.

Matt Novakovich on Training,
Roofing and Breaking a Few Treadmills

Born and raised in Alaska, it’s not surprising that Matt “The Bear” Novakovich is an avid outdoorsman. For him, “roughing it” isn’t particularly rough. This father of four isn’t just a 2015 Spartan Elite Team World Champion, Mt. Marathon winner, and a six-time world mountain record holder, he also owns a roofing business, spending his days climbing ladders and carrying hundreds of pounds of materials onto rooftops. He considers it yet another training ground for what he loves to do: endurance sports and Obstacle Course Racing.

As part of Team HumanN, Matt embodies what it means to live to the Power of N—pushing hard every day to live up to his full potential in all aspects of his life. Recently, Matt’s oldest son even started racing alongside him, proving that Matt’s determination, discipline and attitude is infectious.

We sat down recently with Matt (well, we sat, Matt called us from a rooftop) to talk about his path to becoming an endurance athlete and why he decided to pursue that lifestyle, even when he was told no.

What initially inspired you to become an endurance athlete and live the lifestyle you do?
I used to love football and basketball, but was always small. And going back to junior high, I never made any sports teams that I wanted to make. I wasn’t really that good at an early age. But lots of failures led to trying harder and doing bigger and better things.

I think the biggest thing for me was being told by my high school track coach that I wasn’t “collegiate material” when I asked him to write a letter of recommendation for me. That was one of the biggest moments of inspiration for me. He told me I can’t do it, so I worked that much harder to prove that I could.

After everything you’ve accomplished, what motivates you to continue training so hard?
The short answer is, my kids. They notice what I’m doing and take on the lifestyle they see. If I sat on the couch and did nothing, they would, too. But my kids climb mountains, they do pull-ups, they do athletic things because they see their dad do it. My kids are starting to do Spartan Races, too.

Has staying at this level gotten harder?
I’m 42. People don’t realize all of this is something you have to work at. When you’re 20, you’re not in shape, you’re just 20. But when you’re 35 and you actually have to work at being in shape, you still have over half your life left. You’ll get good at it if you pursue it.

Talk to us about your training and your day-to-day.
I believe in consistent consistency. You just have to keep doing it and you’ll keep improving. So, I wake up and do a three-mile run on a treadmill every day. I eat clean typically, which for me means simple ingredient foods. I spend time with my kids. I take sales calls. I do functional training for 1.5-2 hours on an inclined treadmill, carrying a lot of weight.

We hear you’ve killed a couple of treadmills.
I think it’s more than a couple at this point. I don’t think most manufacturers expect someone to put their treadmill through what I put it through. I always buy the full warranty.

Let’s shift to racing. When you’ve been on the course, have you failed and, if so, what did it teach you?
Of course. I’ve failed many times. If failure is not winning, then many people, including me, fail most of the time we do anything. But failing should be about improving ourselves and coming back better the next time.

Have you ever wanted to give up during a race?
Actually, during my first World Championship Race. I had a 10 minute lead, went through a water obstacle and fell off a grip strength obstacle over the water. I had to do burpees because I failed the obstacle, but I couldn’t do it because I was cramping badly. I was becoming hypothermic. I sat there for 15 minutes trying to figure out how to get myself going while other runners passed me by.

I thought about quitting a lot. I had every good reason to. But instead, I had some food, I warmed up and I got back up and finished. I didn’t win that race, but it ended up being a story in not quitting. It ended up being the story that was featured and talked about for that race.

What advice would you give someone struggling to reach their potential?
It sounds cliché, but you have to keep trying. Again, it’s consistent consistency. You also have to be realistic. A lot of people set their expectations too high, right out of the gate. So, you can’t run a marathon yet, that’s ok. Don’t feel like you’re defeated if you can’t. Set small, achievable goals and then attack them.

You’ve been on the HumanN team for almost two years. Why did you decide to be a part of what we do?
HumanN represents what I already believe in. And here, we’re not just athletes and HumanN isn’t just for athletes. The goal with HumanN is more well-rounded, in every facet of life. That appeals to me. It’s about reaching your own best, not someone else’s definition of best.

What does being “HumanN, to the Power of N” mean to you?
I think it’s a big concept: there’s more going on in life than a singular pursuit. To me, living to the Power of N is pursuing every aspect that makes a person a good person. That can be physical activity, how we look at social interactions, our spiritual selves, and so on. It’s the idea that you need to work at everything on a daily basis to reach your highest self.

Talk to us about what’s next for you.
I’m looking forward to Mt. Marathon here in Alaska in June. It’s hard to beat 10 guys who all have a chance at winning. You don’t know who to chase, so you have to just worry about yourself.

If OCR didn’t exist, what do you think you’d be doing instead?
OCR isn’t my everything, but physicality and competition is — I can always find something. That could be mountain climbing, biking, rock climbing, even bowling. I’d work on being a better softball player, too.

So, we have to ask. Where did your nickname come from? Who was the first person to call you the bear?
The co-founder of the Spartan Race, Joe De Sana, came up with it. It happened after my first race, where I didn’t realize I had beat a very a good Obstacle Course Racer. Joe asked me where I was from, this new guy on the scene, and when I told him Alaska, he starting calling me “the bear.” It stuck.

We’re a little disappointed to hear it’s not because you’ve wrestled a bear.
No, not yet at least. But there are plenty of bears out here. Hoping that’s not something I’ll get the chance to do, ha.

Be you to the Power of N. 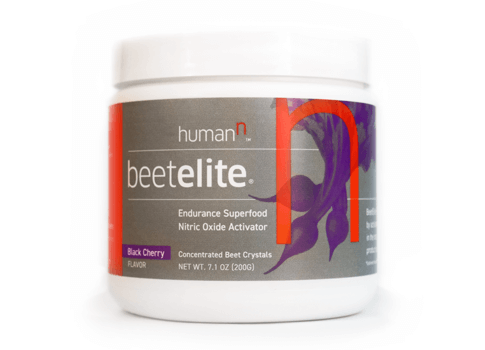 Developed to support fitness, BeetElite is a pre-workout formula that delivers the Nitric Oxide equivalent of 6 whole beets. Join athletes of all levels in harnessing the performance power of BeetElite. 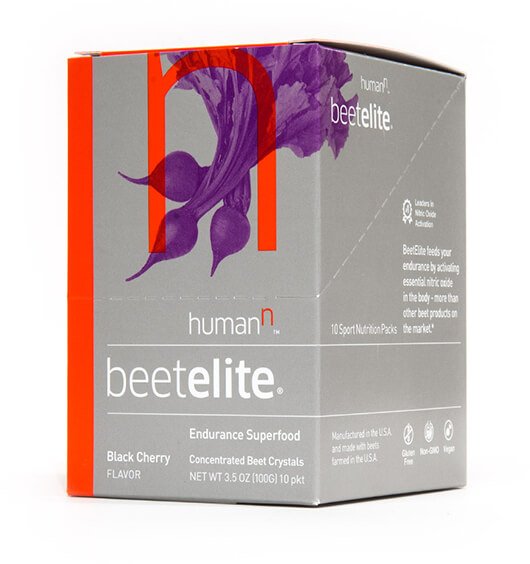 Convenient travel-sized BeetElite packs are great on-the-go, at the gym, or on race day. 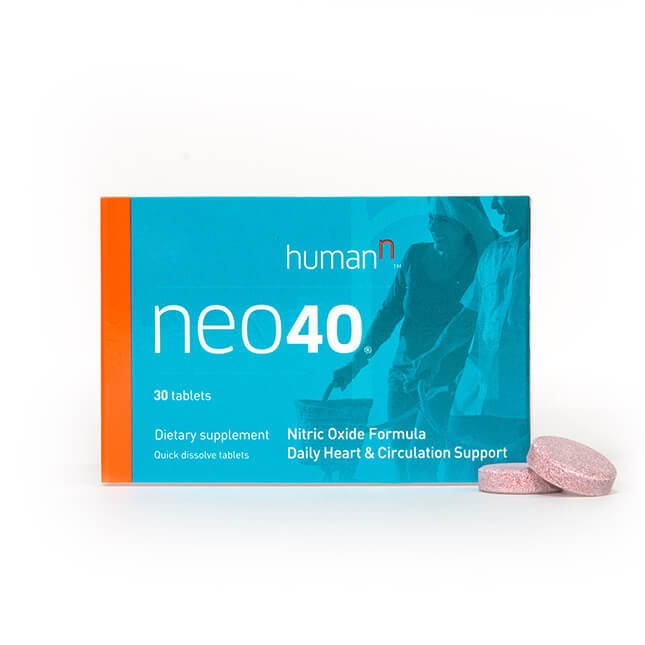 Out patented, clinically-researched Neo40® daily formula may help restore and replenish your body’s Nitric Oxide levels. Healthy and effective, with over 23 million tablets sold to date.