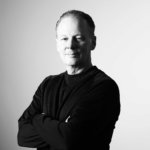 Joel Kocher is a strategic business innovator and game changer. He has over 20 years of senior leadership experience in the technology industry in companies ranging in size from small to Fortune 500. He was once described by BusinessWeek Magazine as a “marketing whiz whose needle is stuck on motivate”. Wanting to give startups a try, he founded HumanN in 2010, a functional nutrition company utilizing patented science from the University of Texas. The company has been named to the Inc. 500 list every year since becoming eligible and won the Nutrition Business Journal Science Award in 2016 as well as being named to the Austin A-List of top startups in 2015. Mr. Kocher holds a B.S. in Marketing from the University of Florida along with completing Executive Programs at both Stanford and Wharton, respectively. He is an avid sailor, distance paddleboarder and adventurer.

Joel Kocher, Founder and CEO of HumanN, takes us through the creation of humanN, the development of Neo40, and the four magical words that mean the most to him. Read more