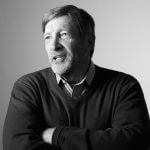 With a PhD in Exercise Physiology, Dr. John Ivy is our President of HumanN’s Science Advisory Board. He has authored over 180 scientific papers and several books, including the well-known and highly respected Nutrient Timing: The Future of Sports Nutrition. Working with notable sports greats, and Olympians in preparation for the 2008 and 2012 Summer Games, his contributions to sports nutrition and science are unparalleled. In addition to receiving a Citation Award from the American College of Sports Medicine and being named a Fellow in the American College of Sports Medicine, he is also one of the newest members of the University of Texas Department of Kinesiology and Health Education Hall of Honor.

Dr. Ivy’s research has pioneered our understanding of muscle metabolism and the role that properly formulated nutritional supplementation can play in improving exercise performance, recovery and training adaptation. His current research is centered around understanding the interactions of exogenous dietary nitrite/nitrate (NOx) on the endogenous NO/cGMP pathway and how dysfunctions in each system can affect cardiovascular health.

Why Add Carbohydrate to a Protein Supplement to Increase Muscle Mass?

Recent research suggests that eating a sufficient amount of protein will help maintain or even increase muscle development. This has lead to the production and commercialization of a number of protein supplements designed to stimulate… Read more

The Difference Between Collagen Protein and Whey

The combination of collagen and whey is a powerful all-in-one solution that supports the maintenance and development of connective tissue and skeletal muscle. Read more

The decline in muscle mass and strength with age is pre-programed into our DNA. However, the rate of decline is heavily influenced by dietary considerations. Read more

Part 2: How Aging Changes Your Response to Exercise, Training, & Nutrition

This is the second article in a three part series with Dr. John Ivy on the importance of muscle strength as it relates to one’s health and longevity. This second article highlights how aging changes your response to exercise, training, & nutrition, along with how to time protein consumption for best results. Read more

Learn how nutrient timing can help you get the most out of your workouts from world-renowned sports nutrition expert Dr. John Ivy. Read more

Part 1: Muscle Strength is More Important Than You Know

The following article is part one of a three part series on the importance of muscle strength as it relates to one’s health and longevity. This first article by Dr. John Ivy discusses the relationship between muscle strength and maintaining healthy body functions as one ages, along with tips and advice for how to start an exercise-training program to increase muscle strength. Read more