This obstacle course racer and ultra runner doesn’t know the meaning of quit.

Amelia, to the
Power of N

She’s been a part of the HumanN team since 2015 and a staple on the OCR and endurance sports scene. Hear what inspires this full-time attorney and athlete to live to her full potential.

Our Q&A with Amelia

She’s been a part of the HumanN team since 2015 and a staple on the Obstacle Course Racing scene since its inception in 2011. And today, she’s arguably the most decorated OCR athlete around. Amelia Boone is a three-time World’s Toughest Mudder Champion, a Spartan Race World Champion and has visited the Spartan podium an incredible 28 times. Did we mention she’s also a full-time corporate attorney in Silicon Valley? You could say downtime is not in Amelia’s vocabulary. But discipline and determination certainly are.

Living up to her full potential is simply what Amelia does, every day. She pushes hard, accomplishes what she sets her mind to and doesn’t let life’s setbacks slow her down. That’s why she’s the first athlete to be featured on our newly designed HumanN BeetElite limited edition canisters. Amelia truly encapsulates all that it means to be HumanN, to the Power of N.

We recently talked to Amelia to get more insight on what drives her to reach her personal best and her full potential, as well as her reaction to being named one of Sport’s Illustrated’s 50 Fittest.

What inspired you initially to become an athlete and live the lifestyle you do?
I was an athlete growing up, but got away from it. At 27, I was starting my career as an attorney, but needed a different outlet and I guess regained that competitive streak. I started doing obstacle races as that outlet, as something different from being an attorney full-time.

Why Obstacle Course Racing (OCR)?
Tough Mudder was my first OCR and it was a great combination for me—you had to be strong, you had to be fast, it wasn’t just the monotony of running. I started doing OCR the first year it was around in 2011, and it kept me coming back. Every course is different.

What motivates you to continue your lifestyle?
I’ve found that I function better as an athlete and attorney when I’m juggling. It’s the challenge—how do I make the most out of the time I have? I’ve always been a go, go, go person, I thrive in that lifestyle. Downtime is tough for me.

Tell us about your typical day.
I’m generally up a little after 4 a.m. and I’m on the trails running shortly thereafter. I get to the office, shower and I’m at my desk by 7:30. I work until 6 or 6:30, depending on the day, and then in the evenings I’ll do strength training. I’m in bed typically by 10. I’m pretty disciplined and scheduled. I wake up and do it all over again.

You’re working through an injury right now. How has that affected your day to day?
When I got injured, it was an overwhelming sense of loss in the beginning for me. I had to figure out how to adjust for it. So, I can’t run, or be out on the trails, but that doesn’t mean I can’t do something. I still maintain the same schedule, but now I get up and go to the pool. I found that keeping to the same schedule was really important for me.

What would you tell someone who’s struggling to reach their potential or goals, no matter what level they’re at?
The biggest thing I see people doing is trying to do it all or nothing. And when you can’t do it all from the start, you feel like a failure. I would say to try to incorporate small things that you can do or change and then celebrate when you meet them. It’ll get the momentum going.

Have you ever felt like just giving up, during a race or otherwise? How did you handle it?
Sure, of course. I was doing a race when I cramped up—I mean my body just started to shut down. I had a panic moment on what to do, how to handle it. I thought about quitting. But I worked through it. I got up and continued and finished the race, coming in fourth that day.

Did you consider that fourth place finish a failure?
No. A failure would’ve been not finishing the race if I had it in me to finish it. I didn’t come in thinking I’d take fourth, but I was proud of it.

Congratulations on recently being named one of Sports Illustrated’s 50 Fittest, number 21 for women, to be exact. What was your reaction to that?
It was humbling and an honor. I certainly know plenty of athletes, in OCR and otherwise, that could have easily taken my place there. I’m not sure why I was the one chosen, but I’m definitely proud of it.

How did your co-workers react to you making that list?
They’re great and super supportive—it’s not something I really told people about, but of course they know. They’re really encouraging, a few of them are even running this next Spartan race, which is pretty cool.

I am a full-time attorney, a World Champion obstacle racer and endurance athlete, and
I am Human to the Power of N. 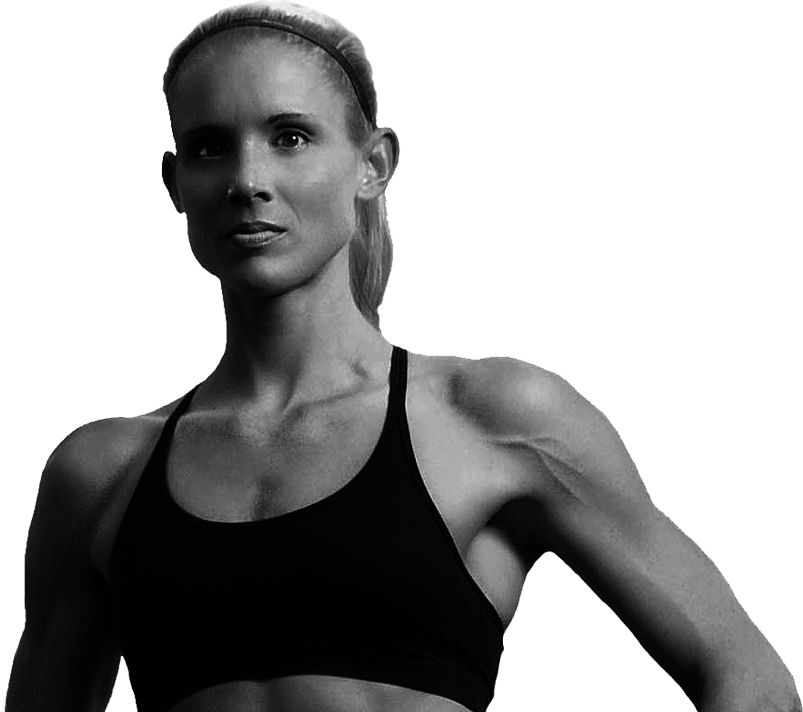 Developed to support fitness, BeetElite® is a pre-workout formula that delivers the Nitric Oxide equivalent of 6 whole beets. Athletes of all levels are harnessing the power of BeetElite® to help promote improved natural energy, stamina, and extended exercise endurance.